Quick review of strict & push press to get newer folks familiar with the terms and differences.

Progression (without the bar)

Push Jerk: from the rack, 15 minutes to work to a heavy single

(RECORD THIS ON THE WHITE BOARD) 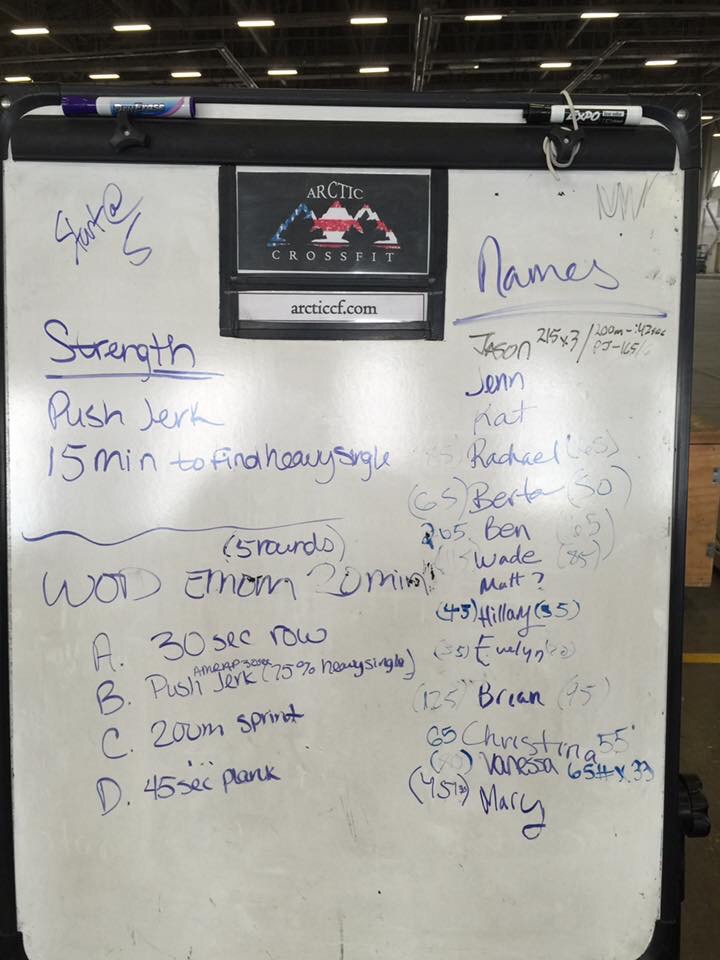